30th: Northwest wind and eagles galore. In the morning Golden Eagle pair and intruding juvenile male along the Haunn track and 1 White-tailed Eagle flying southwest around Treshnish Point. Later there were 6 eagles in the air at the same time; 2 White-tailed Eagles (presumably 2 different birds) soaring with 2 Golden Eagles at Creag a´ Chaisteil (the sea-eagles after gaining height flew west) and 2 Golden Eagles calling and sky-dancing over and in Treshnish wood. 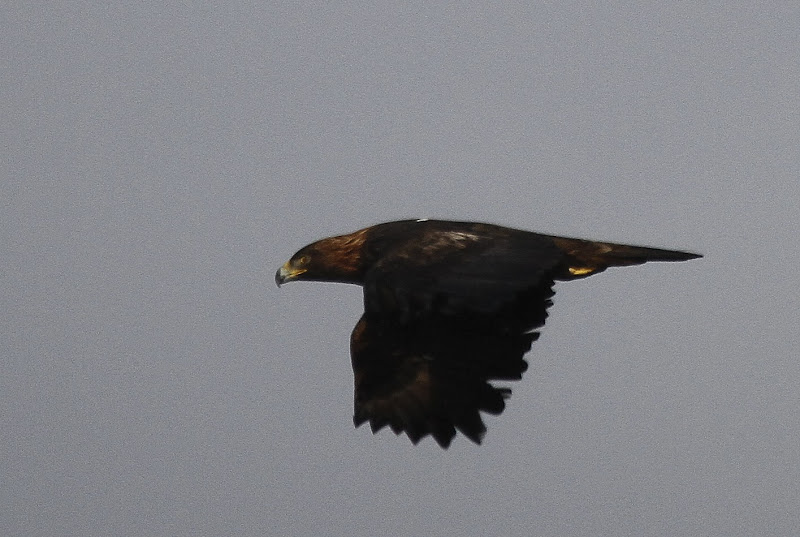 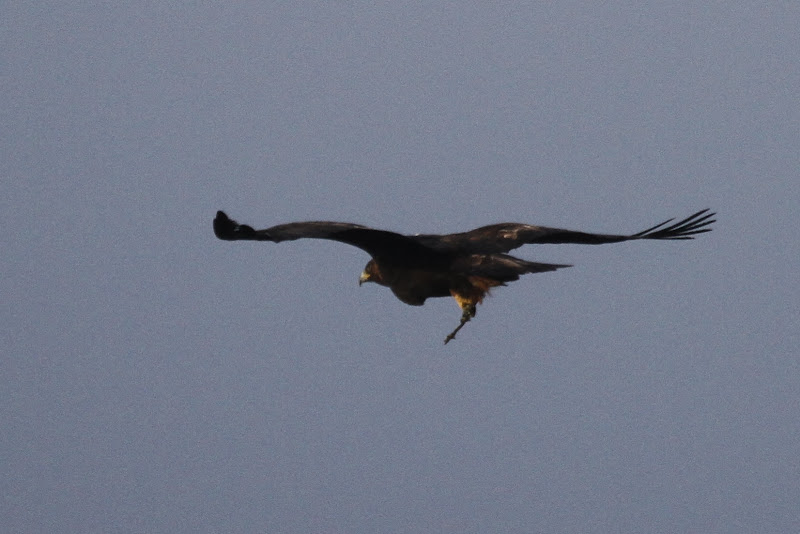 At one time one of the Treshnish wood pair flew over to Creag a´ Chaisteil and was chased away.
Whilst walking beside the Tawny Owl box in Treshnish wood a Tawny Owl suddenly appeared in the entrance hole. It checked out the dogs directly below and then without any sign of alarm dropped back down into the box. Although I’ve often seen droppings around the box and this summer a Tawny Owl flew at me whilst I was walking by the box this is the first time I’ve actually seen one inside although we have seen them inside the Barn Owl box below the cow-barn. It was too dark to even carry a camera around.
1 Grey Wagtail at the west endf of Black Park field. It is great to see their numbers back to normal again.
At least 1 Mink below Treshnish House although I’m sure there must have been 2 from the way the dogs reacted.
29th: Northwest gale brought Golden Eagle pair over Treshnish wood where they were calling.
26th: At least 3 Porpoises off Duart Bay and 1 Otter near Craignure pier (these are good spots for both species)
25th: 2 Common Scoters off pier, Calgary, 1 Little Grebe and 1 Redshank, 1 Greenshank at Croig (loch side).
23rd: At least 2 Long-tailed Tits & at least 2 Bullfinches in Treshnish wood and 1 male Hen Harrier flying south over Treshnish wood.
21st:  Northerly wind brought the Golden Eagle pair over Treshnish wood although the forecast sun never materialised which is essential at this time of year for good photos. These were the best but unfortunately many off the full frame shots were not in focus.
Male 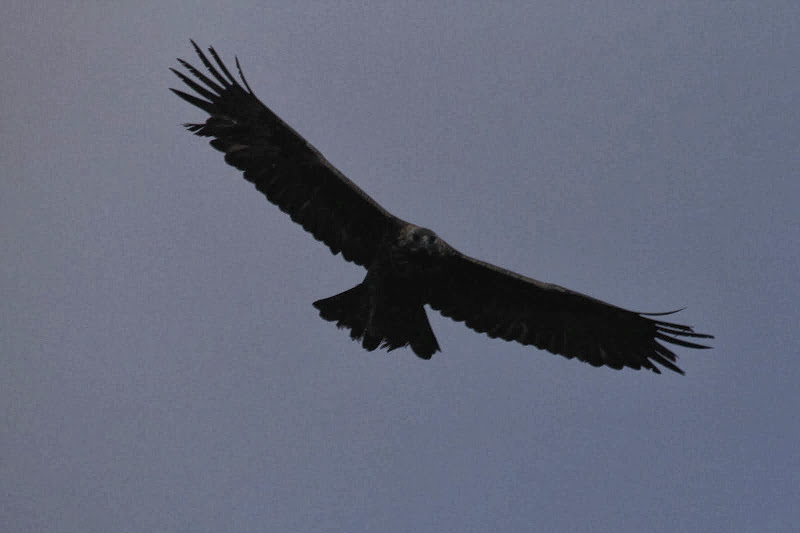 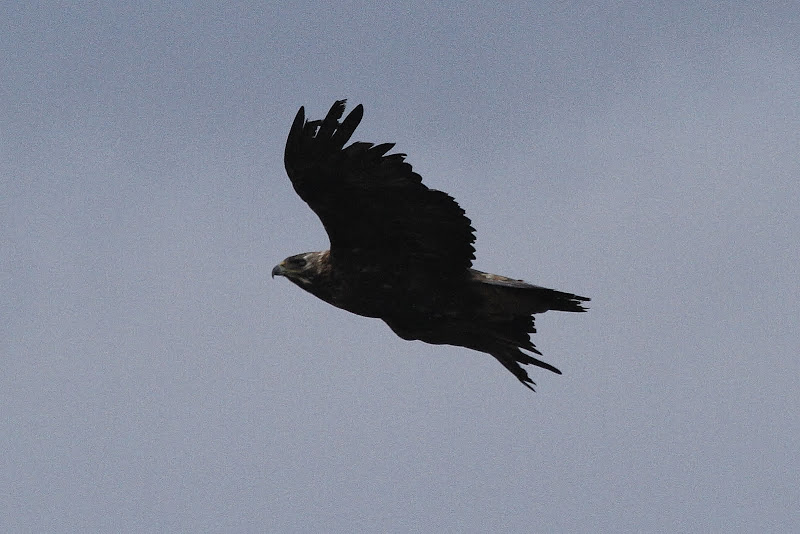 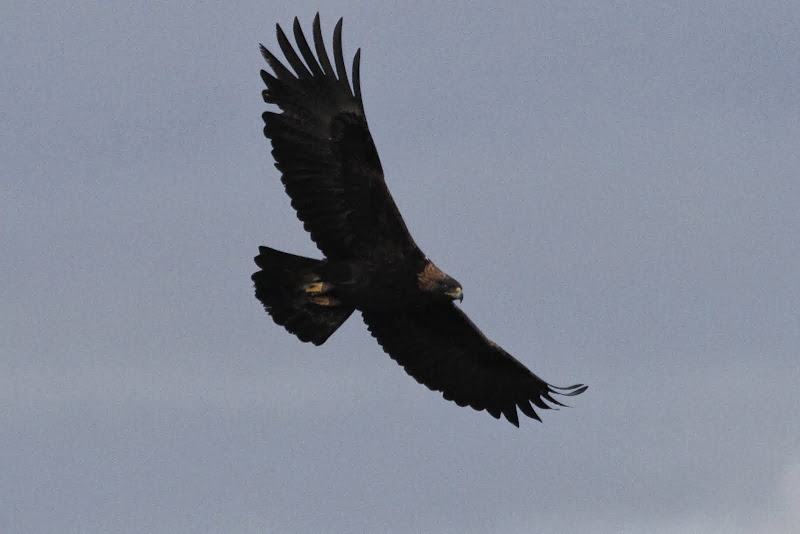 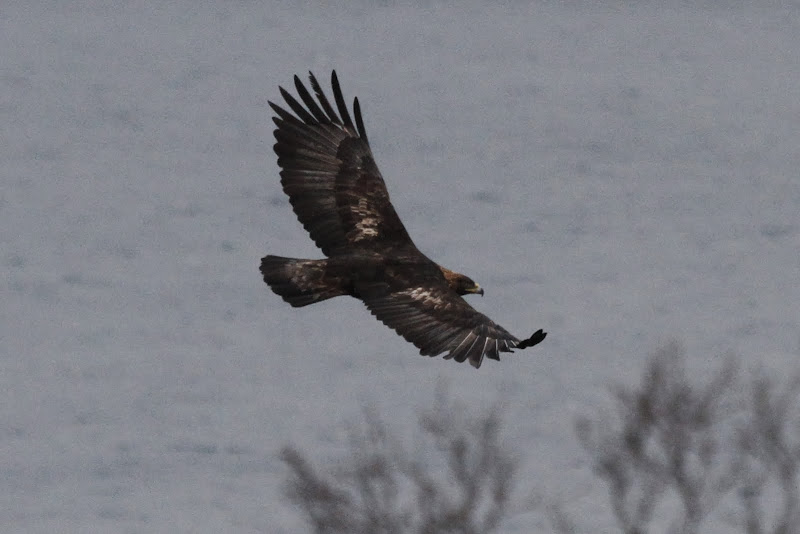 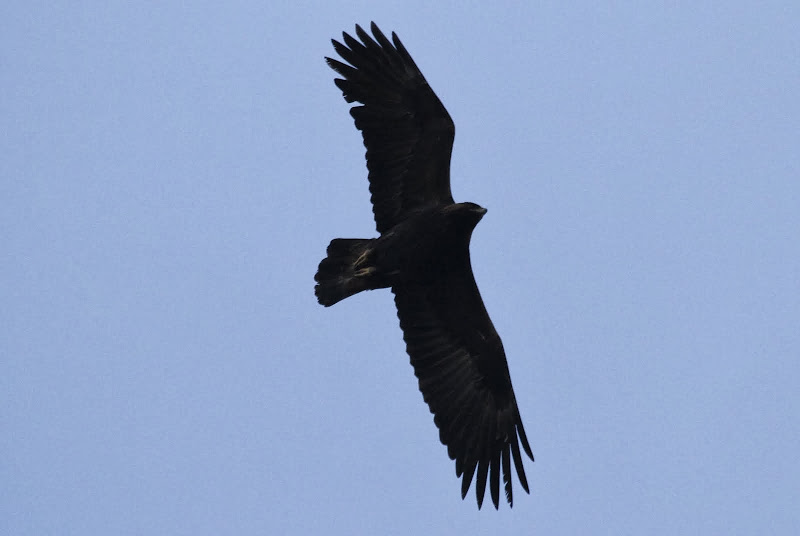 A Bullfinch heard in Treshnish wood and 1 male (possibly immature) Hen Harrier over Treshnish House area.
20th: First thing on waking up was a Golden Eagle flying over Treshnish wood. There was a northerly gale so I went to Caliach Point without much success.
At least 2 Redwings at Larg and 12 over Treshnish wood.
19th: Northwest wind in the morning produced a similar story to yesterday except today only 1 White-tailed Eagle was seen flying along Treshnish coast over Creag a´ Chaisteil, Ensay towards Calgary.
As yesterday 2 Golden Eagles sky-diving at Creag a´ Chaisteil, Ensay provoked the Treshnish wood pair into calling and sky diving. But today I was astonished to see the Creag a´ Chaisteil adult respond by flying fast and aggressively (rapid wing beats) towards the calling birds above Treshnish lochan. I would have loved to have seen what happened but unfortunate they were all out of view. The intruder flew away quite quickly but the same thing happened about 10 minutes later. I’ve never seen any aggressive behaviour between these Golden Eagles before (apart from passive display i.e. calling and undulating flight) and it was, I am pretty sure, a clear message to keep away from the juvenile even though it will be feeding independently by now.
I went above the lochan in the hope of it happening again but the wind had turned around to the west, ot had become more cloudy (displaying seems to occur more when it is sunny) and I didn’t see any more eagles today.
Sky-dancing is a way to avoid aggressive contact so it was strange to see aggressive behaviour from an intruder.
This is the intruding adult 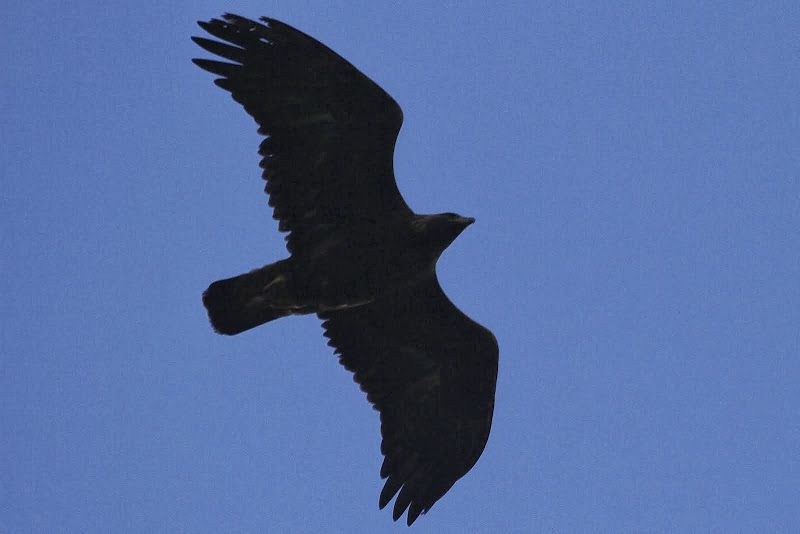 I think this the intruder 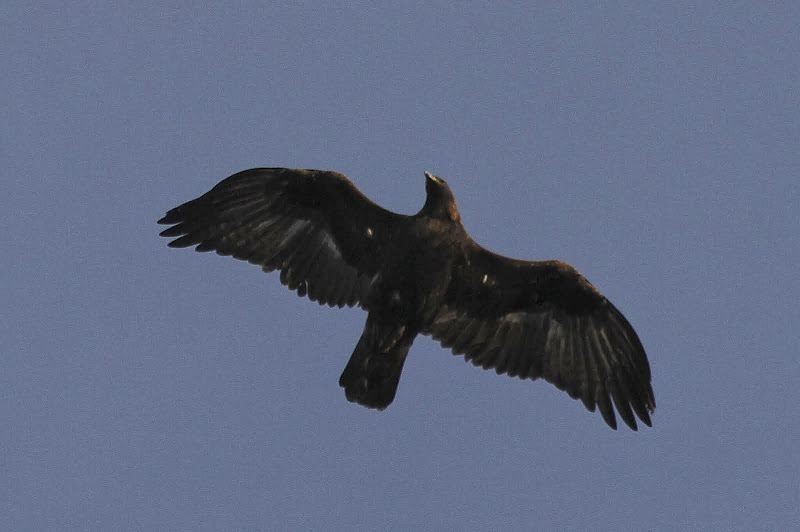 this is definitely the resident female 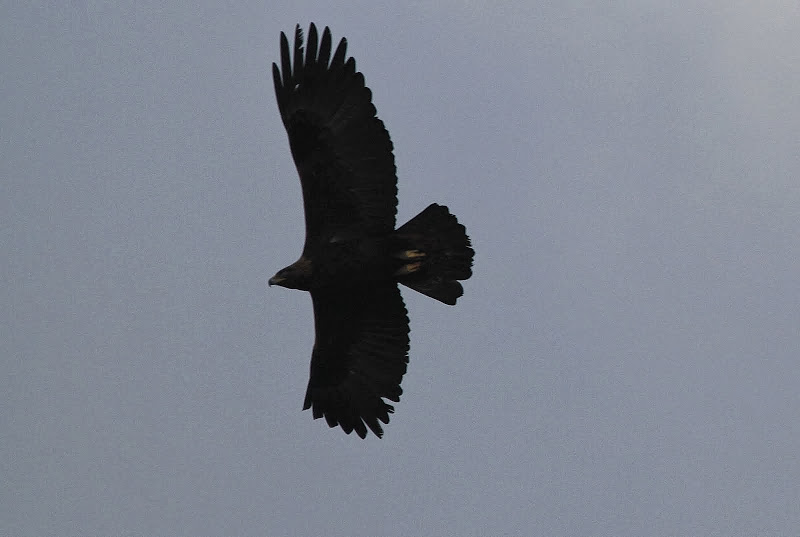 and the resident male. 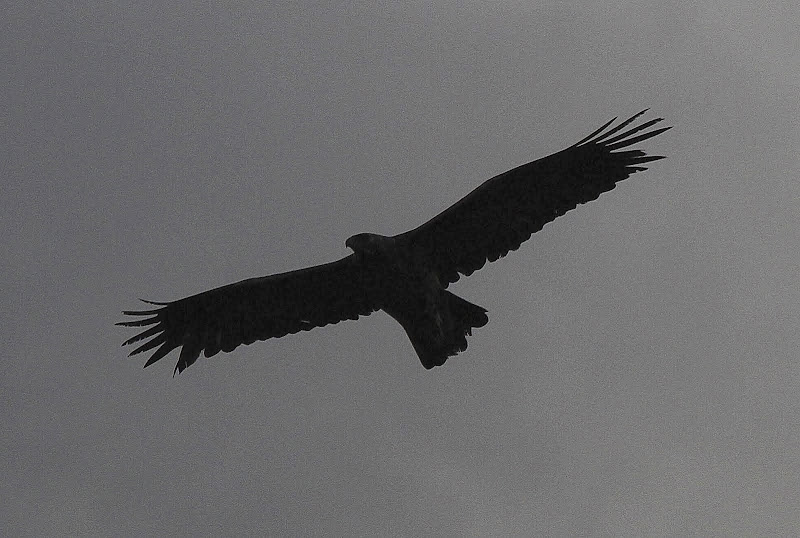 1 Reed Bunting at Treshnish Old Schoolhouse (scarce in the winter).
18th: Northwest wind and eagle galore. 4 White-tailed Eagles flew from Calgary direction along the Treshnish coast and were in the air at the same time (2 were adults, 1 was an immature and I think the third bird was a juvenile or immature – 2 flying in the opposite direction later were presumed to be the same), 2 Golden Eagles sky-diving at Creag a´ Chaisteil, Ensay and another pair displaying and calling over Treshnish wood. 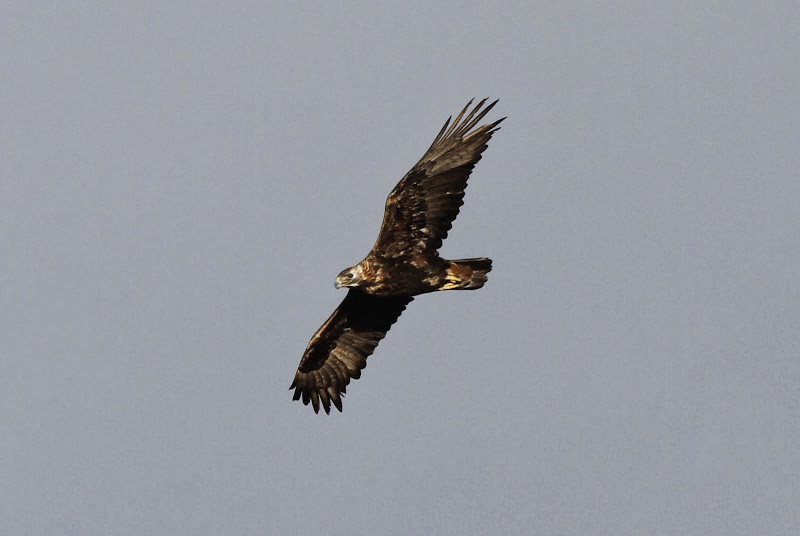 The 2 from Ensay flew over Treshnish wood but it didn’t appear to bother the Treshnish wood pair too much, possibly because at least 1 possibly both of the intruders were juveniles. It could also be that the calling that the Treshnish wood pair had shown earlier was enough to give the message.
The 2 at Creag a´ Chaisteil were seen harassing one of the returning White-tailed Eagles
and this is the first antagonistic behaviour I have seen between these 2 species. It may have more play and lesson learning for the juvenile Golden Eagle(s) than anything.
16th: 2 Golden Eagles flew south east over Treshnish wood. They seemed to be coming from outside the usual pairs territory but I didn’t get to id the individuals involved.
15th: 1 immature White-tailed Eagle and 1 male Hen Harrier to east of Treshnish boathouse.
1 Mountain Hare in Treshnish graveyard field.
14th: 3 Common Scoters off Calgary pier, 2 Gannets & 2 Black-headed Gulls off Caliach, Point, 1 immature White-tailed Eagle along the Ensay coastal upper cliffs, 1 Golden Eagle above Treshnish House area.
13th: 2 Common Scoters to east of Lainne Sgeir, Calgary, 1 male Hen Harrier at Ensay fort.
12th: 2 Gannets off Caliach Point (3 days after my personal latest date and 1 day after the latest records I am aware of for N Mull), 1 Black-headed Gull off Caliach Point, at least 3 Purple Sandpipers at Lainne Sgeir, Calgary (my first of the season).
I came across a Mink on a dead Rabbit beside the road at Ensay Fort.
It got a bit nervous and hid but curiosity and boldness won 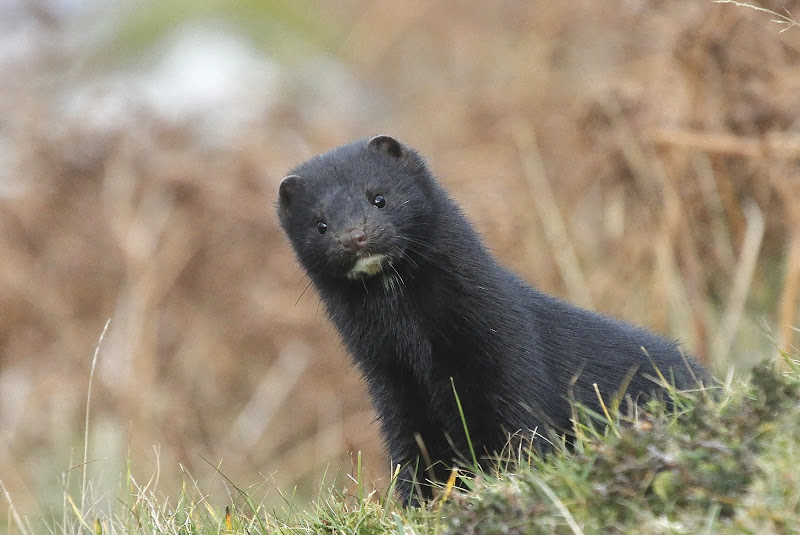 and after 10 minutes it came back for the Rabbit. 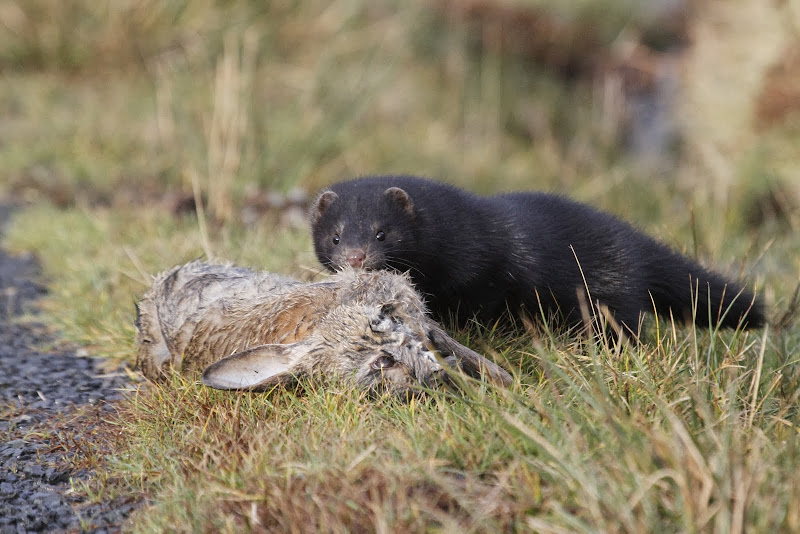 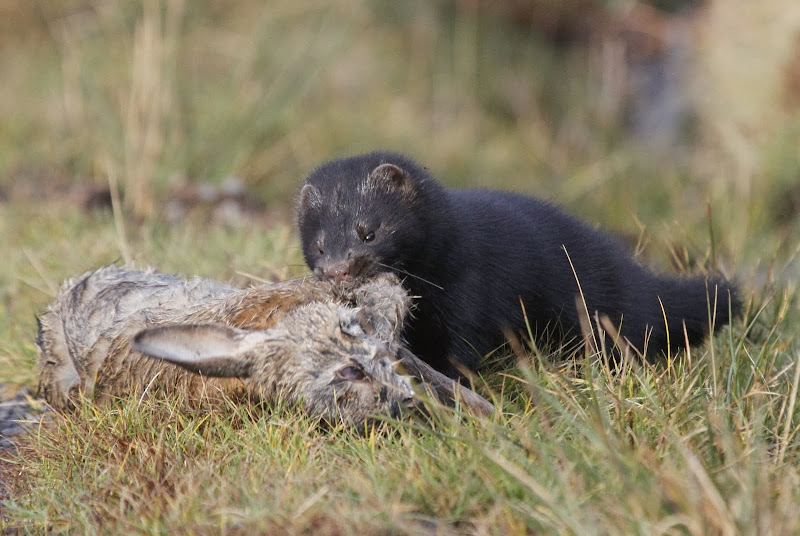 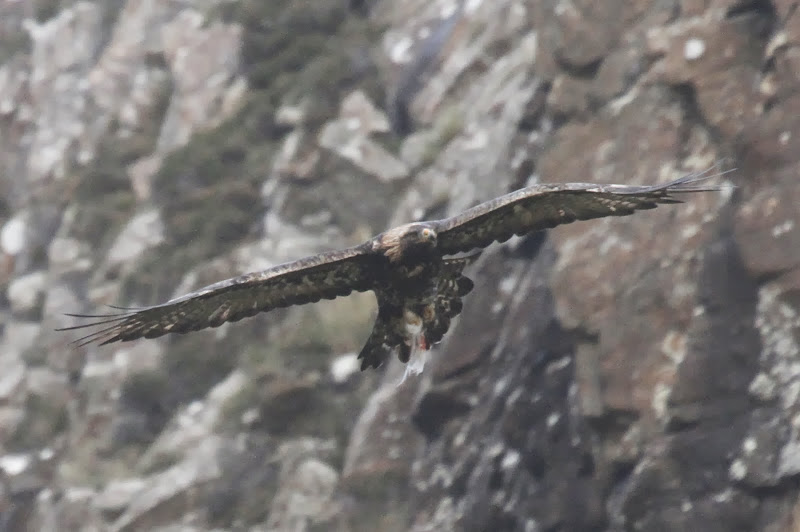 and I was sure I was going to see the eagles take the Mink. At one point the Mink was trotting down the road with the Rabbit as the eagles soared directly above and there is absolutely no way they could have not seen it. 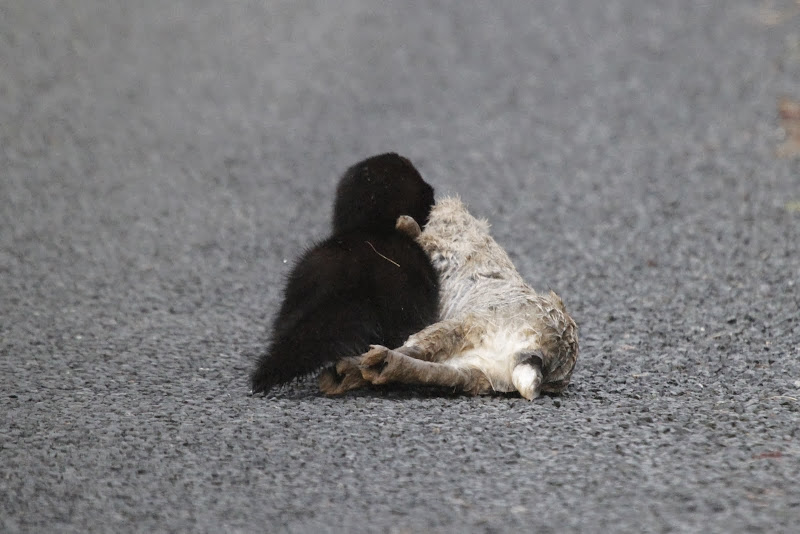 It is possible that the eagles were put off by me in the car or perhaps they had already eaten. One of the eagles had some prey remains in its talons. I didn’t get a side on view to see if they had full crops. I think one of the eagles was a juvenile (it was too dark to see plumage details but the pointed tips to the flight feathers point to a juvenile). Interestingly this pair don’t seem to adhere so closely to the north wind rule (the last 2 days sightings have been in westerlies). Perhaps there is carrion nearby.
There were 2 baby seals dead on Calgary beach, one must have been very young as it still had fur. At Lainne Sgeir there was a half grown Grey Seal hunting in the small pools in the salt marsh. I have never seen this before. It was thrashing up the water presumably trying to flush hidden prey.
11th: 16 Golden Plovers,

1 Lapwing, 4 Turnstones, 1 Dipper at Craignure golfcourse (north end) – unfortunately the sun went in as I got close, 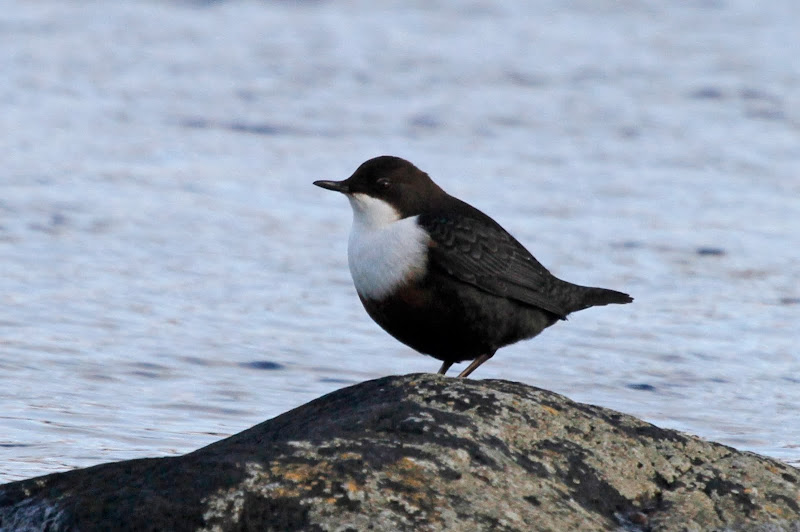 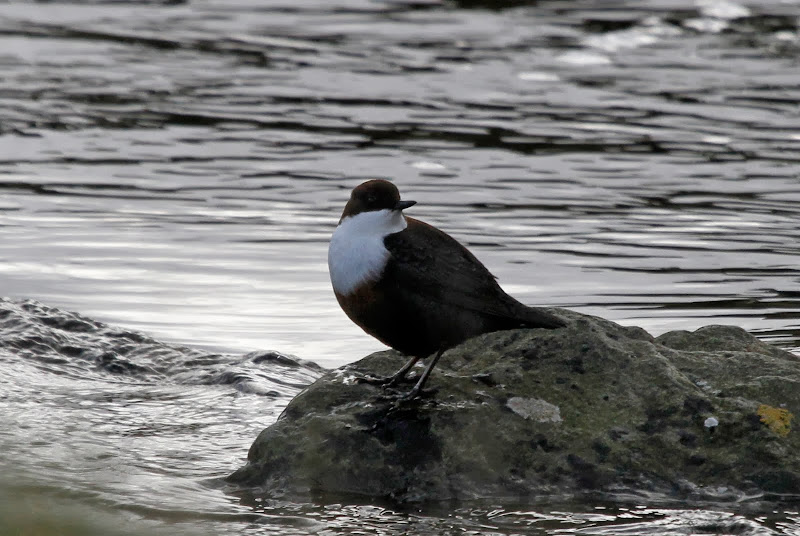 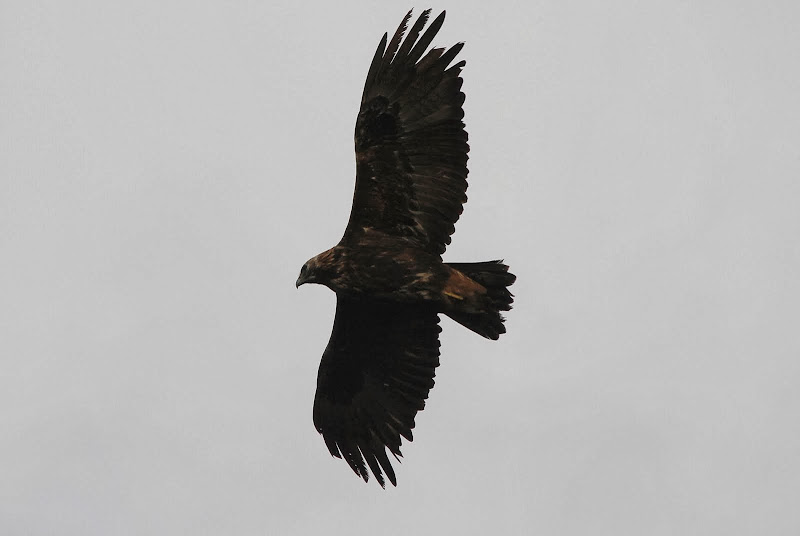 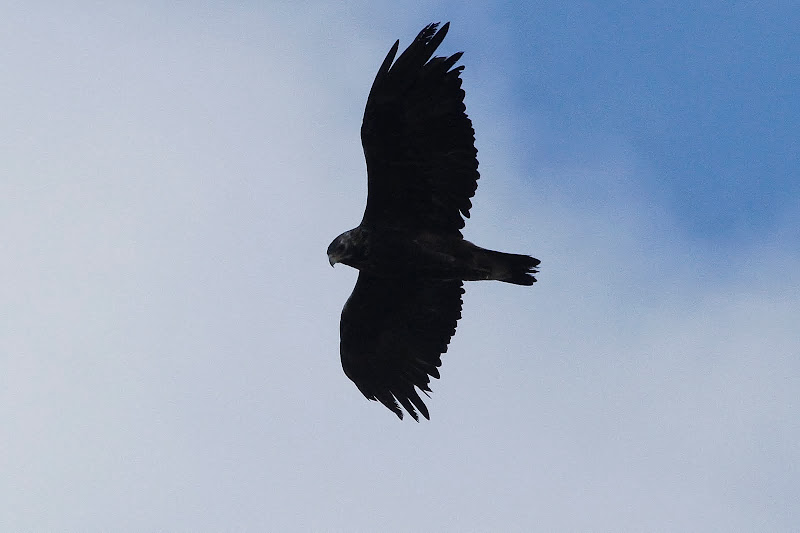 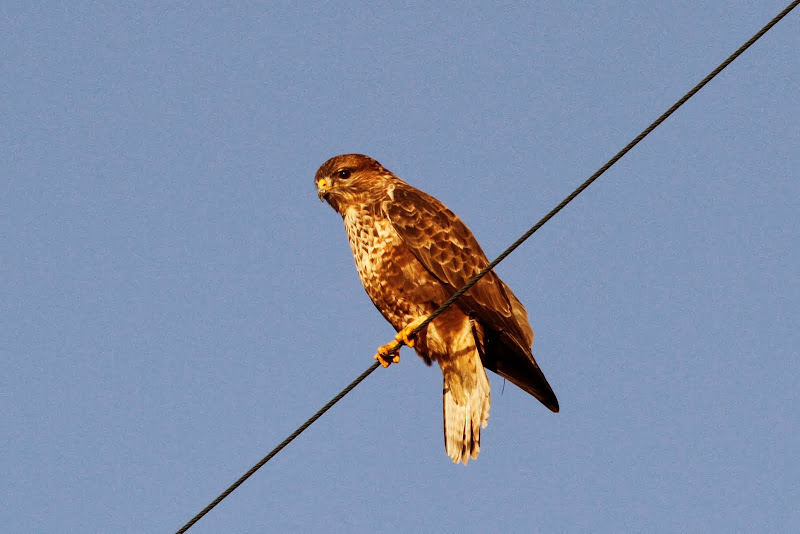