The National Farmers Union and the Scottish Farmer are pushing for the killing of White-tailed Eagles. The editor of the Scottish Farmer, Mr Alasdair Fletcher, has kindly allowed you to have your say in a very fast one tick vote here.
An alternative view with links to scientific studies can be found here.
The result of the vote was that 92% voted against killing the eagle.

In defence of sheep farmers.
For several hours I left that comment as above showing as little of my opinion as possible but I find I cannot NOT comment.
The reason being that it makes it seem that I conform to a ‘them or us’ situation.
I find that the article contains such utter nonsense that it really is an insult to the intelligence of anyone who reads it including farmers and tax payers. The article is only demonizing farmers in the public eye. Farmers are incredibly tolerant of White-tailed Eagles even though many may not like them and even though some may lose young lambs to them. They deserve our respect for this tolerance no matter how much some of them may complain.
I sincerely hope that sheep farmers can extend the compensation scheme but if representatives of farmers go into meetings uttering or publishing such nonsensical claims as given in the article they really are not helping their cause at all. The NFU are alienating farmers and making fools of themselves.

Some claims that show a lack of creditability in the article. These are from memory only. I haven’t even gone over it carefully.
1. That Golden Eagles are adversely affected by White-tailed Eagles.
All scientific evidence has shown that this is simply not true. Worse is that in the light of the whole context of the article the reader is supposed to believe that the NFU author cares about Golden Eagles. I am not insinuating that farmers don’t care about Golden Eagles only the authors, who are clutching at any straw to bolster their argument whether true or not.
2. That White-tailed Eagles have a severely adverse effect on Brown Hares which have been wiped out by White-tailed Eagles.
There are no Brown Hares on Mull but assuming they actually mean introduced Irish Mountain Hares, there is no evidence for this at all. On Mull Golden Eagles are much more likely to take Mountain Hares and these two species have lived in balance since the Mountain Hare was introduced. At our favourite beach we often see Mountain Hares on the machair right under the beaks of a pair of White-tailed Eagles. This machair has no cover so I find it hard to believe that the eagles could not take them if they wanted.
I have seen no evidence at all of a hare decline on Mull. They are still common in north-west Mull. If there have been any declines they must be local and I cannot see how they could be due to eagle predation which would be seen throughout the island.
3. Babies
From the intro to the petition written by the editor of Scottish Farmer
‘Surely we don’t have to wait until a small child is attacked before the government intervenes’
Is this really supposed to be taken seriously?
4. Hoggs
From the intro to the petition written by the editor of Scottish Farmer
‘These alien birds are proving a real threat to the iconic golden eagle, as well as lambs and hoggs.’
A hogg is a nearly full grown sheep. It is impossible for a White-tailed Eagle to kill a healthy hogg. It would be like killing a young child!
Notice how a true British species that has had to be re-introduced due to persecution is an ‘alien’ but elsewhere in the article, which claims to be worried about natural diversity, introduced non-native species like Irish Mountain Hare (erroneously given as Brown Hare) and wild goat are cited as species of conservation concern. Such double standards really are an insult to intelligence.
5. Wild goat decline caused by White-tailed Eagles
Scapegoating? Any evidence of a decline is purely anecdotal and if there has been a decline why is it automatically assumed to be caused by White-tailed Eagles? To accuse without evidence is ignorant.
Two years ago a guest told me that they had seen some dead adult wild goats at Carsaig. Eagles could never kill adult goats. Add that to the fact that there was more than one dead goat points to another cause.
Co-incidentally last week I was shown some old photos of a wild goat which lived at Treshnish at the time of the previous owners. I was told the shepherd gave the goat the chop when it started trying to mate with the ewes!
Personally when I see the goats at Carsaig I worry about the rare plants there but the fact that rare plants manage to survive in spite of the goats probably means I am worrying unneccesarily. 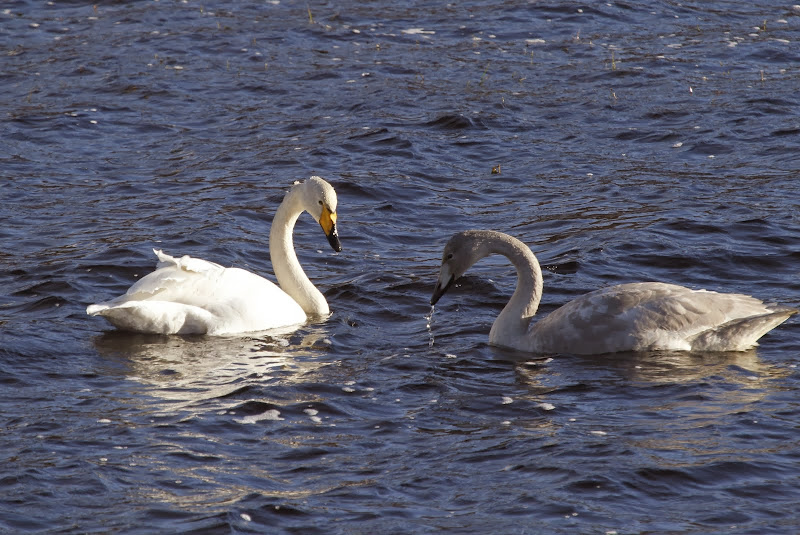